For a long time, sharks were misunderstood and vilified. As apex predators, sharks play an important role in the ecosystem. They feed on potentially destructive fish populations. A healthy ocean undoubtedly depends on sharks. By doing this workshop, students can spread awareness and appreciation for sharks.

Indonesia is the largest archipelago in the world. Which means that many sharks live in our ocean. Shark become an endangered animal because people are hunting mostly because of their fins. In the past 20 years or so, the demand for shark-fin soup has rocketed. It is still associated with privilege and social rank. Some hunters even cutting off a live shark’s fins and throwing the rest of the animal back into the sea. 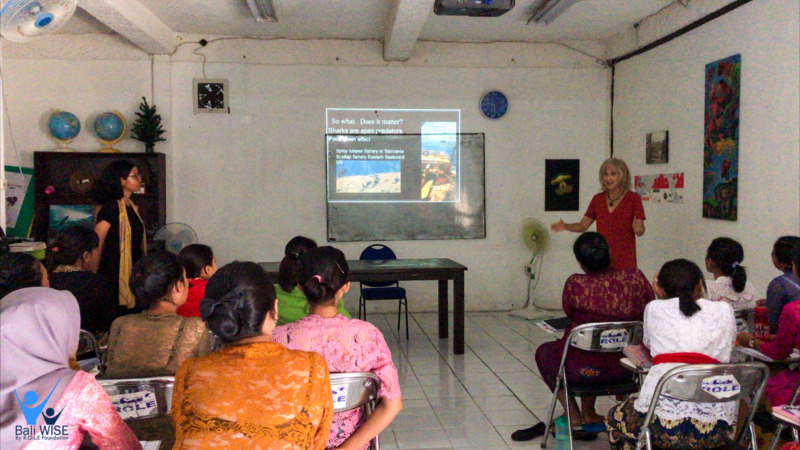 The shark needs our help. Sharks are worth more alive than dead. Especially they are vulnerable, they are growing slowly, are late to mature, and produce few young. Thanks to Ms. Lyn, our students can learn as much as they can about understanding these beautiful creatures. They also learn to: say no to shark fin soup; speak out when they see abuse to the shark; spread awareness on social media.